In ‘A Woman’s Work’ Noelle shares her investigation into Grace Carpenter Hudson’s ‘Blue Monday,’ an unusual painting of a Pomo Indian woman and child.

Sometimes art speaks, but rarely does it shout.

At the Grace Hudson Museum, my eyes fix on the portrait Blue Monday, painted in 1896. It’s oil on canvas, perhaps two by three feet, with an ornate gold frame. The focal point is an Indian baby, his mouth contorted in a robust wail, eyes squinty from its force. Visible tears roll down his cheeks. He is swaddled inside a cradle basket on his mother’s back. Although she is turned away from the viewer, I see the basket is steadied by a strap wrapped around her forehead. She is a laundress, bent over a washbasin. She rubs clothing along a washboard. Her black hair is untied and she wears a simple frock, rich burgundy in color. I imagine her humming softly to distract herself from her child’s cries. How many hours did she have to stand on her feet that day? Surely, this was the painter’s intent: that the viewer’s eyes would drift from the baby to the washer woman. In this moment, I feel she is trying to tell me her story in a frantic, audible voice.

The walls of the Grace Hudson Museum in Ukiah, California are lined with oil portraits of Indigenous peoples. Many are of infants posed upright in wicker cradle baskets. Others are pastoral: children with mixed breed dogs, or young women at work. They wear ragged clothes but their faces are content. The paintings are deeply peaceful. Most of Grace Hudson’s mother and child portraits portray moments of play, or at least moments where the mother and child are happily at work, their smiling faces turned toward the viewer. Blue Monday is different. The woman is viewed from an unflattering angle. It highlights her back as she supports her child and works. It shows the astringency of everyday life for the washer woman. It is raw, emotional. I wonder: what drove Grace Hudson to create this piece?

I have come to Northern California to work on my manuscript about impressionist painters of California living in San Francisco at the turn of the 20th century. The Grace Hudson Museum in Ukiah is a side trip. Grace Hudson is not part of my writing plans, but is of personal interest to me.

Grace Hudson was unique. She acquired success unusual for a female painter of her day, and did so at a young age. Many turn of the century painters would adapt their styles to follow popular art movements, such as California Impressionism, adopting bright colors and broad brush strokes. Hudson unwaveringly favored a dark palette and fine, nearly undetectable strokes for a photo-like quality.

Hudson’s level of success allowed her to remain true to her style throughout her career. The year Blue Monday was created, 1896, she became the breadwinner in her family, a shocking oddity at the turn of the 20th century. She did this to support her husband, John Wilz Napier Hudson, who was transitioning from being a successful doctor to an ethnologist. Grace submitted the piece to the first Carnegie competition in Pittsburgh, where it was accepted and shown among distinguished male artists such as George de Forest Brush, William Merritt Chase, and Frederick Stuart Church. She painted to sell, during a time when it was considered strange that a white woman of her professional class would work at all.

I am intrigued by Hudson for her success as a female portraitist. But I am primarily interested in Hudson for her unique subject matter. She nearly exclusively painted portraits of Indigenous peoples. She became famous for painting them with accuracy and empathy. Seven years prior, I learned that my own great grandmother was Native American, a fact that was never discussed.  Perhaps I am drawn to Hudson’s work because I have seen so few paintings of Native peoples.

Noelle Nicholson is a freelance writer from Washington state. She has worked as a technical writer and book promoter. Her works have appeared in Cricket and ThurstonTalk. In her free time, she critiques local art exhibits and tutors ESL students. She also enjoys playing the guitar and spending time on the coast with family and friends. 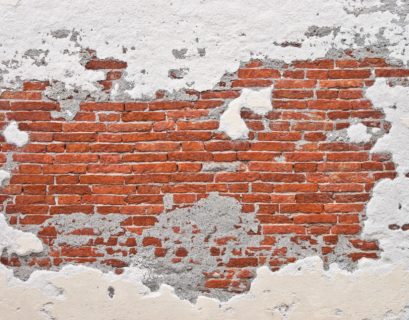