An obscure art film raises the question of censorship at a major art institution.

How 11 seconds of film endangered the Smithsonian

When Jonathan Katz and David Ward co-curated the 2010 exhibition “Hide/Seek: Difference and Desire in American Portraiture” at the National Portrait Gallery, they knew controversy was inevitable. After all, this was the first time any branch of the Smithsonian Institution would be mounting an explicitly queer show. They thought perhaps the trouble would center around Robert Mapplethorpe, an artist with a long history as a lightning rod for controversy. Or perhaps it would be a protest against James Bidgood’s cruise-y camp masterpiece Pink Narcissus, or Larry River’s full-frontal nude portrait of poet Frank O’Hara.

So both curators were caught by surprise when, instead, trouble broke out over a little known video work. On November 29, 2010, the Christian News Service, a conservative website that specializes in hyperbolic journalism, published an article whose title began “Smithsonian Christmas-Season Exhibit Features Ant-Covered Jesus.” This was a reference to an eleven-second clip of fire ants crawling on a crucifix, which was part of David Wojnarowicz’s 1987 short film, A Fire In My Belly. Wojnarowicz, a queer political artist primarily associated with the provocative art scene that emerged from New York City’s Lower East Side in the 1980s, had died in 1992, and A Fire In My Bellywas a rather obscure piece from his already under-remembered oeuvre. In total, the film was four minutes long, a non-narrative meditation filled with scenes of Mexican poverty intercut with many of Wojnarowicz’s powerful visual tropes (a plastic eyeball on fire, a man sewing his lips shut, a man masturbating, etc.). The footage was set to the sounds of an AIDS protest that Wojnarowicz had attended. Given the context, both of the exhibition as a whole and the film itself, neither Katz nor Ward had particularly noticed the ant sequence.

The Christian News Service article didn’t attempt to analyze the film’s meaning, it simply referenced Christmas in the title, described some of the most graphic moments, and quoted Wojnarowicz’s rage-filled writings from the heart of the AIDS crisis, in which he fantasized about infecting the leaders (civil and religious) who condemned him for being HIV-positive.

“They [the Christian News Service] were very clever,” says Ward, recalling the spark that would soon threaten to engulf not just the Hide/Seek exhibit but the entirety of the Smithsonian as an institution. “First by waiting for the holiday season, and then by not focusing on homosexuality or AIDS per se but on the Christianity aspect, so it became part of the war against Christmas.”

Suddenly, what had once been a little-known film by a somewhat forgotten artist was now easily Wojnarowicz’s most-seen work.

The show had opened in October and was in no way intended as a “Christmas-Season” exhibition. Unsurprisingly, that didn’t matter. Less than a day after the article was published, House Majority Leader-elect Eric Cantor pronounced in a press release that “when a museum receives taxpayer money, the taxpayers have a right to expect that the museum will uphold common standards of decency.” The Smithsonian, he believed, “should pull the exhibit and be prepared for serious questions come budget time.” Other Republican leaders soon joined him in threatening the Smithsonian.

This was exactly the response the Christian News Service author had hoped to provoke. Before even beginning to discuss A Fire In My Belly, she spent seven paragraphs detailing the Smithsonian’s funding structure and just how much “taxpayer money” went into making Hide/Seek. Within twenty-four hours of Cantor’s comments, A Fire In My Bellywas removed from the show, a choice made by then Smithsonian Secretary G. Wayne Clough without consulting either curator.

“It was not a decision reached by consensus,” recalls Ward tactfully. At the time, he wasn’t arguing that the piece should be kept in the exhibition (although he personally felt that it should be), just that the Smithsonian should “allow this to play out a little bit” before making any rash moves.

(Indeed, in the aftermath of the controversy, the Smithsonian Board of Regents convened a panel of experts that recommended that “in the absence of actual error, changes to exhibitions should not be made once an exhibition opens without meaningful consultation with the curator, director, secretary and the leadership of the Board of Regents.” This policy change came too late, however, to save A Fire In My Belly.)

Ward believed that the author of the Christian News Service article had misunderstood the ant sequence. Wojnarowicz had shown ants crawling on a crucifix “not to identify with the ants, but with Christ,” Ward says. In other words, the image could be seen as a symbol for the suffering endured by people with AIDS. Whether that meaning would have been more or less palatable to those protesting the piece is debatable, but it was decidedly harder to convey than the simple, blunt cries of “blasphemy.” The conservative outrage machine whipped up a frenzy, and despite the fact that A Fire In My Belly had already been removed from Hide/Seek, the Smithsonian began receiving hundreds of angry emails and phone calls a day.

“As soon as I’d finish checking my voicemail, it would be full again,” recalls Bethany Bentley, the head of communications and public affairs at The National Portrait Gallery. “Those phone calls are seared in my mind. I will never repeat what they said.”

On the flip side, showings of A Fire In My Belly began to proliferate across the country. A pair of artists were banned from the Smithsonian for life after they entered the National Portrait Gallery while one of them wore an iPad around his neck with the film playing on loop. Printed Matter, the New York City art bookstore, showed the film on a monitor in their street-facing windows, as did the Transformer gallery in Washington, D.C., the Smart Museum of Art in Chicago, and numerous other institutions around the world. Two young activists, Julia Haas and Alison Maurer, fresh from studying with Jonathan Katz at Smith College, created the website HideSeek.org to archive and promote all of the screenings. Wanting to do more, they soon began asking institutions to show the film.

“We reached out to galleries, museums, curators, people we knew, people we didn’t know,” recalls Maurer. The Wexner Center for the Arts at Ohio State University was one of the first to respond, screening the film less than two weeks after it was removed from the Smithsonian, and others soon followed. Maurer and Haas felt the Hide/Seekcontroversy was akin to the censorship of the “NEA Four” in the 1990s or Robert Mapplethorpe in the 1980s; it was their generation’s fight for queer artistic freedom.

Suddenly, what had once been a little-known film by a somewhat forgotten artist was now easily Wojnarowicz’s most-seen work.

On the surface, the story of A Fire In My Belly seemed like a fable about the futility of censorship and the hydra-headed nature of resistance. There was just one problem: David Wojnarowicz didn’t exactly make A Fire In My Belly, at least, not the version that was shown at Hide/Seek. And scholars disagree about whether it had anything to do with AIDS. In fact, it’s questionable whether A Fire In My Belly was ever a finished work, about anything, at all.

About the Author / Hugh Ryan

Hugh Ryan is a writer and curator. He is currently working on a 2018 book and exhibition about the queer history of the Brooklyn waterfront. Ryan is the recipient of the 2016-2017 Martin Duberman Visiting Scholar fellowship at the New York Public Library, and a 2017 New York Foundation for the Arts Fellowship in Non-Fiction Literature. He is the founding director of The Pop-Up Museum of Queer History, a 2016 Curatorial Fellow in Ira Sachs’ Queer / Art / Mentorship program, and an advisory board member for QED: A Journal in GLBTQ Worldmaking. 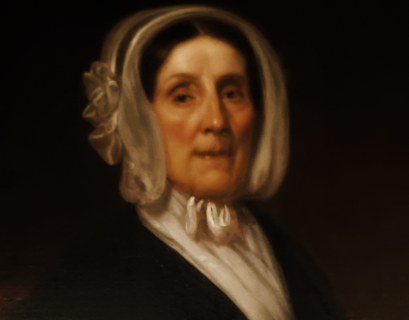 Portraits of distant relatives survive a married couple’s home reorganization, the subjects’ friendship in life an inspiration for the future.