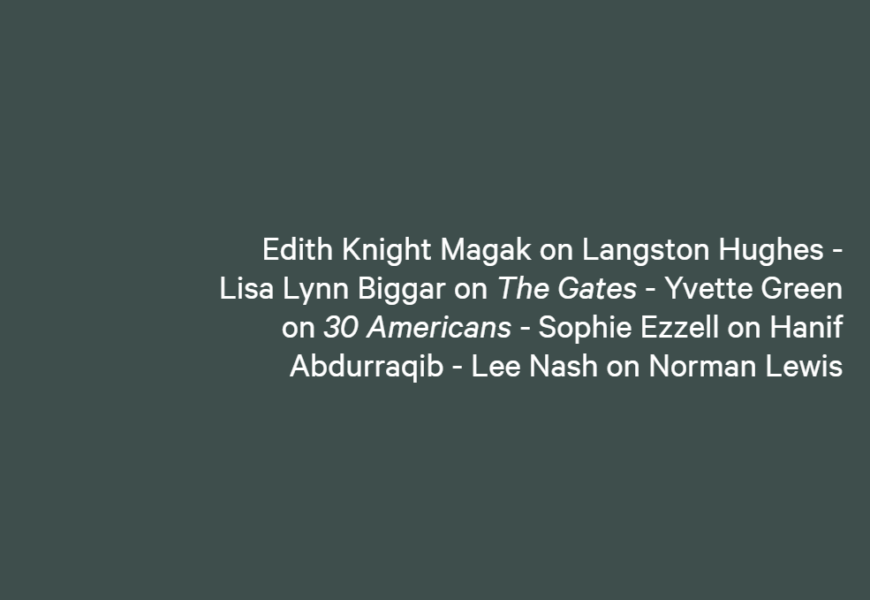 For/Because Of: Kara Walker, Xaviera Simmons and All the Artists in 30 Americans

Walking into 30 Americans at the Barnes Foundation, I met a cacophony of images of myself, Black visual culture and American art all at once. Protests, alternative narratives, audacity emanated from the art and satiated my thirst for representation I needed to see; my cup was overflowing. I was in love and at home. The curator’s descriptions of the pieces drew on extensive knowledge of the artists, but I brought my own baggage and needs to haphazardly place on top of the images.

To finally see the famed, impossible cut-paper silhouettes on the wall before me was a gift I could not comprehend: Camptown Ladies took over the white walls and spun me in circles as I read and re-read a re-telling of American history in a starkness that could be captured only in real time. To witness Kara Walker’s refusal to tame the narratives of violence drove me into myself. I turned intellectual flips in my head when confronted with Malcolm X’s lips painted pink. I sought the right questions: Who steers us toward the queering of (the image of) Malcolm X? The curator, or the artist, Glenn Ligon? Whose image is this? Whose gaze is at work? Then, I turned a corner in the exhibit and was electrocuted by this mass of yellow enveloping a Black woman with Black-power hair, burnt-cork make-up, and red lips. I was entranced by the crisp contrasts of Xaviera Simmons’ photographs, One Day and Back Then.

These women, every artist, showed me their choices, gave me my power and told me to write, and so I wrote:

Because of them, I see

She cradles Black femininity in her arms rocking images of herself,

of the ancestors in our shared genetic memory,

She becomes self-referential reclaiming Blackface as a commentary,

that strangle the past image of

in the white mind.

She chooses her medium Her subject

Her audience without regard for who they say

30 Americans recounts the American experience from the perspective of 30 African American artists. The exhibit contains over 80 paintings, sculptures, photographs, and videos. 30 Americans changes at each venue to best serve the surrounding community.