A Beat of His Own

On May 26, 1935, Duke Ellington, arguably jazz’s greatest composer, learned that his mother, Daisy—with whom he had an extraordinarily close relationship—had died. His band had recently finished a week-long gig in Detroit, and Ellington had asked his aunt to bring his mother from Washington, D.C. to Detroit, aware from a cancer diagnosis the previous year that her health was deteriorating. Ellington was left bereft and creatively adrift from the loss of his mother.

In late June, Ellington and the band embarked upon a series of one-night gigs throughout the Midwest and South. When he was traveling by train, the door to his stateroom had always been open to the musicians in his band, but this changed after Daisy’s death. Some band members recall hearing Ellington cry himself to sleep many nights.

Ellington had always loved trains, and it appears that these long stretches of traveling helped him process his feelings of grief. Around seven weeks after Daisy’s death, Ellington began to compose again. The result was “Reminiscing In Tempo,” a rules-breaking work of art that was over 12 minutes long and spanned two full 78 RPM records, or four record sides; these sides will be referred to as Parts I through IV.1

As quoted in a three-part 1944 New Yorker profile, Ellington said, “It was one of my first ambitious things. It was written in a soliloquizing mood. My mother’s death was the greatest shock. I didn’t do anything but brood. The music is representative of that. It begins with pleasant thoughts. Then something awful gets you down. Then you snap out of it, and it ends affirmatively.’”  The piece’s main melodic theme is reflective and melancholy, mirroring Ellington’s state of mind as he was writing it.

Nothing of this scope or length had been attempted in jazz before or by a jazz orchestra. It was particularly surprising to jazz aficionados because Ellington’s orchestra was a dance band; and yet, he wrote this longform piece specifically for his musicians. “Reminiscing In Tempo” (RIT) was one of Ellington’s first attempts at an extended composition that went beyond the three-minute jazz hits he had become famous for churning out.

In fact, Ellington’s creative deviation was labeled a failure by many critics of the time. The fact that it sparked controversial opinions speaks to the racial politics of music-making in the U.S.—particularly the expectations of what “Black music” should and could sound like, particularly in the 1930s. RIT also tells us a story about the tensions between Ellington’s desire for commercial success and his creative urge to eulogize his mother musically in a form that was unusual for jazz. Ultimately, looking at the whole of Ellington’s career, despite the fact that his extended compositions were never particularly popular, RIT marked a shift for him, as he continued to return to longer forms after that. Like many other artists before and after him, with RIT, one of Ellington’s primary goals was to proclaim his artistic freedom from the market.

Rebecca Bodenheimer is an Oakland-based freelance writer and cultural critic with a Ph.D. in ethnomusicology. Her writing has been featured in CNN Opinion, Vice, the Los Angeles Times, the San Francisco Chronicle, Billboard, NPR Music, The Ringer, and many other outlets. Rebecca is also the author of Geographies of Cubanidad: Place, Race, and Musical Performance in Contemporary Cuba. 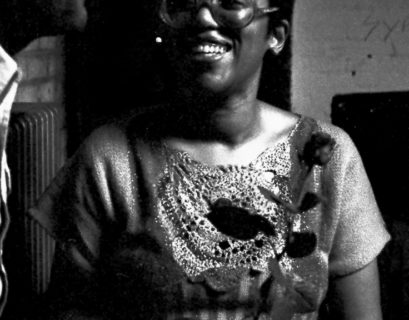 Jeanne Lee (1939-2000) was a poet and vocalist of wide-ranging musical talents who pushed the formal boundaries of jazz to create emotional soundscapes of wordless melodies. 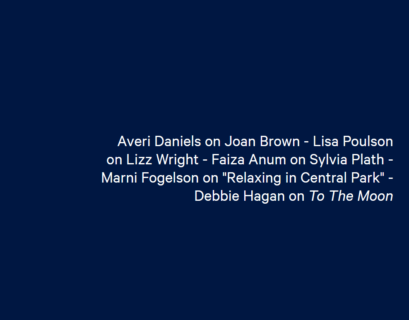 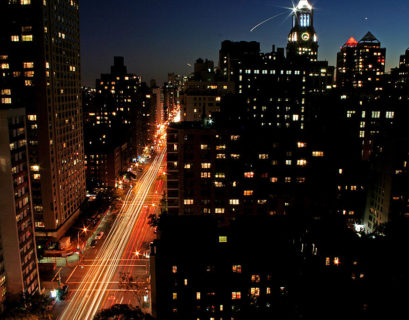 “If creative music is under celebrated and under documented compared to other eras in jazz, the women who played a role in the music are doubly so,” writes Leena Mahan. The former radio DJ will use this column as a space to profile women jazz artists.