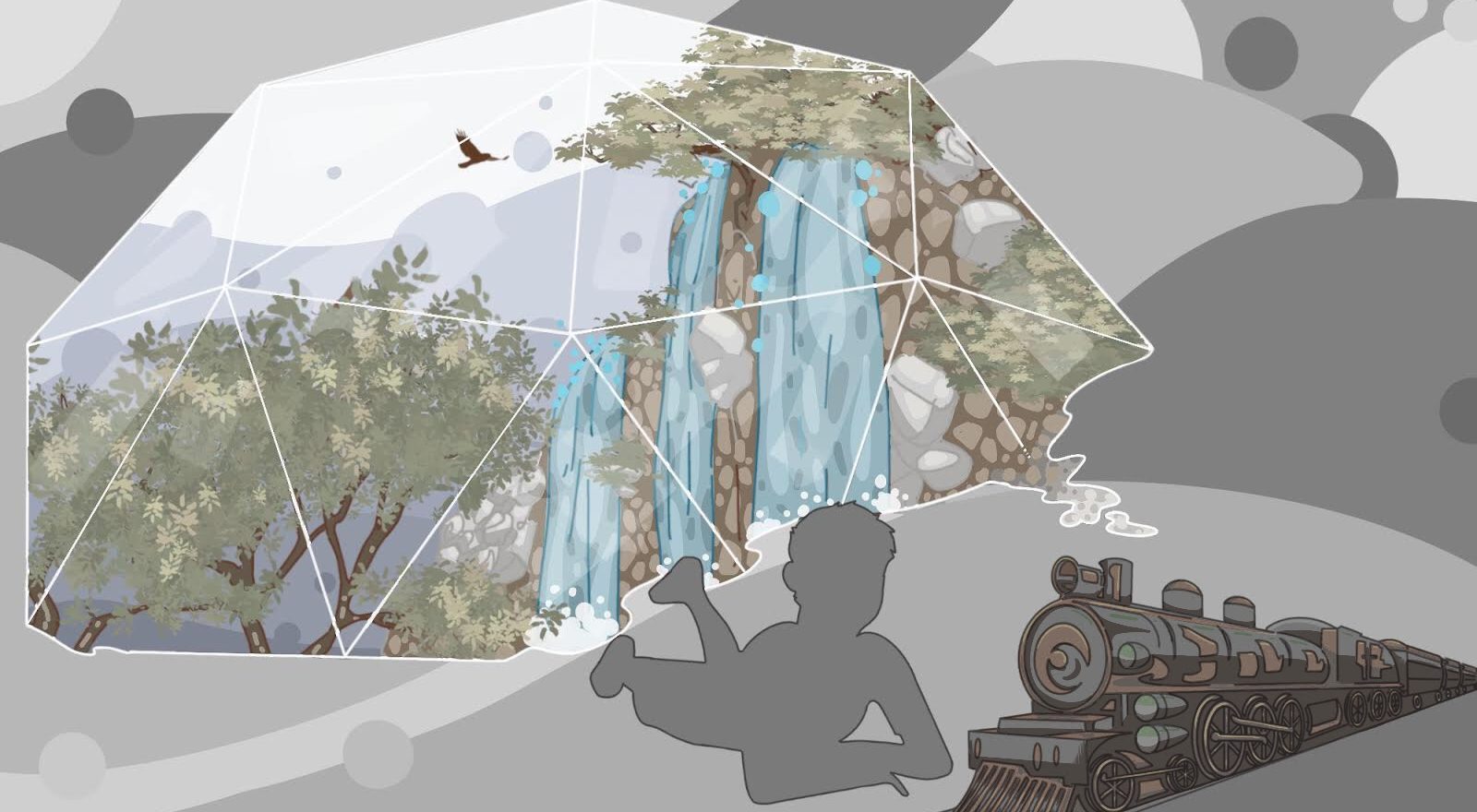 Greenhouse in the Desert

“If you revisit the things that once interested you, you can return to that period of your life. It’s part of time’s relativity—how its span depends on the way you spend it—something the pandemic has made visible. Lockdown turns a day into an elevator ride, a walk to the store into months, the house still with dust on your return.”

I first heard of Biosphere Two about 25 years ago. It was on a kids’ TV segment where the presenters took a tour of the building and explained how it all worked. Part experiment, part performance, part feat of optimism, the Biosphere was a vivarium that humans could live inside. An artificial world with an independent atmosphere and bonsai rainforest. There was a 25-foot waterfall, a savannah, wetlands, and a small inland ocean with a living reef, all designed to be gardened and maintained by a group of eight adventurers, academics, and ecologists. By the time it reached my childhood living room, the project had been purchased and rebranded by the University of Arizona. But that wasn’t long after the Biospherians, who had sealed themselves inside a few years earlier, emerged emaciated and oxygen-starved from their man-made habitat.

The three-acre palace of metal and glass housing the Biosphere still stands today, on an arid strip of land outside the town of Oracle. It’s receiving a fresh round of media coverage for the way it speaks to themes of isolation and quarantine. A whole swath of life locked away from everything going on out here. A chance to rediscover how to live harmoniously with nature. A place that might protect us from the most inhospitable environments, even the surface of Mars, its creators hoped.

During Covid, I’ve spent hours scrolling through archive images of Jane Poynter, Taber MacCallum, and the other Biospherians. My nine-year-old self again, ordered inside by the adults to watch TV and look up science experiments. If you revisit the things that once interested you, you can return to that period of your life. It’s part of time’s relativity—how its span depends on the way you spend it—something the pandemic has made visible. Lockdown turns a day into an elevator ride, a walk to the store into months, the house still with dust on your return. The eight Biospherians stowed away for nearly two years before the ecosystem spasmed. How long did that feel to them?

They did press interviews, slaughtered pigs, lost weight, posed for photos, split into paranoid factions, germinated seeds, and harvested their crops. Eventually, the Biosphere suffered species-death, financial and legal woes. Mousetraps were quietly delivered each month. When CO2-producing bacteria began to proliferate, the team was forced to end their experiment, but they successfully highlighted our continual conversation with space and time: the abundance or lack of it, its management, its constraints. The scale might change, from a three-acre greenhouse to a quarantined writer, closed borders to personal burrows, but the negotiation is constant.

In 2013, a man from Ontario named Jason Shron stepped from his childhood living room into his family basement, where he’d turned an obsession for model trains into the most eccentric of artificial worlds. After four years of patient work, he’d built a down-to-the-detail replica of a 1980 VIA Rail passenger car. Its entrance constructed from a 200-pound train door with an MP3 player that relays authentic hisses and squeaks as you step inside. Its interior difficult to tell apart from the real thing: genuine seats, carpets, luggage racks, a Smoking Permitted sign, “emergency tools…tool tags…the conductor’s valve, original coat hooks, the original window blinds.” The list goes on.

The carriage that Shron chose to recreate was used all over Canada when he was a child. As a little boy, he’d ridden it from Toronto to Montreal to visit his grandmother. A creeping vine of a memory, planted in an independent atmosphere, protected by glass. An unusual space but no different in purpose from other basements conversions—gyms, home movie theaters, hobby rooms, prepper bunkers—all places to be alone, to lose track of time. All biospheres, nurturing internal worlds while footsteps thump on the upstairs floorboards.

The train in Shron’s basement makes me believe there are secret tracks running beneath all of our homes, an undiscovered network in the soil. Silently, often in the dead of night, freight is ferried. From subterranean docks, across deserts, under a sky of sewers and phone lines and glinting skeletons. Occasionally, the whistle blows in a muffled way that people mistake for shifting foundations. It’s a closed system, a perfect biosphere—a schedule that never changes or stops, no matter how life on the surface is disrupted. There aren’t any times listed on the departures board anyway, just frozen images, mostly childhood memories, glitched and a little distorted, playing on loop.

Trains in the Basement is a series by Joe Hitchcock about time-bending, self-isolating, mask-wearing artists and their designs for living.