Mariel Roberts plays the cello in ways that you’ve never heard, exploring the seldom-visited outer limits of the instrument’s range. Eager to expand the full potential of the cello, the young musician has earned a reputation as a world-class interpreter of new music. Roberts’s first solo album, Nonextraneous Sounds (2012), was hailed by New York’s WQXR: “By playing a program this well-curated, with this much confidence, precision and good old-fashioned muscle, Roberts is not so much ‘making a statement,’ artistically speaking, as she is sounding an alarm. Listeners should come running.”

CRITICAL READ: How did you get into new music?

MARIEL ROBERTS: I started getting interested in new music when I was pretty young. I went to an arts middle school and high school, so my friends were all different types of artists, in  dance, visual arts, theater, drama, writing. So they were doing interesting things, and the idea of performers who don’t do new things is kind of something that’s very specific to music, to classical music. So that didn’t really occur to me, that I would be interested in something like that.

My education is pretty strictly regular. I went to college and then to conservatory training. New music was something that I was just interested in on the side. I was also really interested in different genres of music. But obviously, I play a classical instrument, so that influenced me a lot, and I was interested in doing something different. I love art. I love modern art. Everything about it.

I didn’t really start playing new music until I got to college. Before that, I was just thinking about how music was the interesting thing that you could do a lot of things with.

“It’s about an experience. How music moves you. Listening with open ears. Are you hearing something new? Is that interesting? Do you like it? Do you not like it?”

CR: Was there a specific piece that sparked your interest in new music?

MR: I don’t know if there was a specific piece. There were a couple of ensembles at my school, the Eastman School of Music, that I got to play with. Playing chamber music in the context of contemporary music was amazing. I dove in pretty fast. I loved working with the composers, and I loved chamber music. In orchestra, you pretty much never get to play new pieces. You’re playing standards — Mozart, Beethoven, that’s about it. In chamber music, you can do whatever you want. You can be in charge of your own creative ideas and choices.

CR: How did you choose the composers for this album?

MR: I love working with composers who have really strong ideas, and I feel like all the people I worked with for this album have incredibly clear, powerful ideas. I knew that they had something really interesting to write, especially for a solo instrument. I think that might be one of the hardest things to do, to write a solo-instrument piece, especially if it’s not your instrument.

I also knew that the composers were all really into collaborating in a close way, which is important to me. We got together a lot during the process of writing the pieces to work on material, just try things out, play around, mess around with stuff that works or that doesn’t work, and it was a long process that we kind of built these pieces together. And they were just people that I find brilliant and interesting, and lovely and great colleagues to work with.

CR: When it comes to the sonic potential of the cello, are you thinking about being an innovator in that regard? Is that something that matters to you when commissioning a new work?

MR: It does matter to me. And that doesn’t always mean a new technique or sound, but it could mean a new sound world or new way of making harmony, a new way of using the acoustics of the instrument. There’s still many things you can do, especially with the cello. I feel lucky that I play that instrument. The resonating body of the instrument has so much space, has so much flexibility, the range has so much flexibility. I feel really connected to my instrument, in a way, because I work on making all of the sounds and exploring every aspect of what this body of an instrument is and what I can do with it.

MR: Not that often. That is a part of my life. I love doing that. I play Bach cello suites all the time in my own practice. I don’t perform it as much anymore because I feel like there’s tons of amazing cellists out there, and many of them specialize in classical repertoire, and I don’t feel like that’s what I need to do in my career right now. What I’m really interested in is contemporary music, so I want to focus on that as much as possible.

CR: What would you say to those people who might think that new music in general is challenging to listen to?

CR: The four pieces on this album, they’re each very different.

MR: Yeah, I think about that a lot in the programming. I think oftentimes people program new music concerts where things are extremely similar because they’re trying to promote a certain aesthetic. To me, that’s not so interesting because your ear gets really tired. It gets exhausted. So if you kind of mix up the programming a little bit I think maybe it keeps it more interesting for people.

CR: You seem to have found your creative niche at an early point in your career. What advice do you have for young musicians who are coming up?

MR: For me, I feel like it was just about making a choice and then sticking with it.  I mean, most people have many options available to them in life about what you can do in a subset of the career you’ve chosen or the path you’ve chosen. You could live anywhere. You could be with anyone. To me, it’s very much about just making a choice. I felt really excited when I got something and I never got tired of it and I realized that that was going to be the choice of the week in terms of music. And I just, I didn’t second-guess what I wanted to do.

About the Author / Natalie Axton

Natalie Axton is the founder and editorial director of Critical Read. 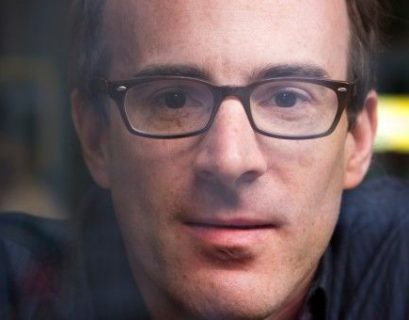 Ken Thomson exemplifies a new generation of composers tasked with picking up the pieces of music history.
Read More →