There’s a man on the north wall of Diego Rivera’s Detroit Industry Murals, in the court of the Detroit Institute of Arts. He’s wearing blue overalls, a blue collared shirt, and a Panama hat, his face in profile, hardened with determination as he pulls a cart of engine blocks at the Ford River Rouge plant. Perhaps it was the central location of him in the murals, or that he was low to the ground where I could see as a child, but when I think of the murals, the image of him always comes to mind first.

If you grow up in Detroit, the murals are ingrained in your mind, an unofficial symbol of the city and a stop on local school field trips, like Detroit’s version of the Lincoln Memorial. I had some vague idea of the political message that the Marxist Rivera was painting, but that’s not the most interesting aspect when you’re a kid. I liked the guys in the scary gas masks. As I got older, the idea of Rivera being paid by the son of Henry Ford to put political propaganda on the walls of a cherished art museum in a Midwestern city like Detroit was mind-boggling. In fact, during the McCarthy Era, a sign that was hung above the entranceway to the murals said that Rivera’s politics were “detestable” and called him “publicity seeking.” But the sign also recognized that Rivera saw Detroit’s automobiles as one of the great successes of the 20th century at a time when “artists and writers found nothing worthwhile in America and worst of all in America was the Middle West.” And in general, that statement still holds true — unless you count Eminem.

I spent the last two years getting a masters degree in creative writing at the University of Oxford and completing my first novel, Detroit Tourism Bureau. The book is set in 2008 during the beginnings of the financial crisis that devastated the Detroit area. The book opens with the characters unemployed, and they start exploring Detroit’s abandoned buildings to fill their time. Along the way, they meet Dizz, a graffiti artist. In front of the murals, Dizz says that his grandfather claimed he was the man in the overalls and Panama hat, and said he was the strongest man in the factory, proud to have that job. He said that Rivera came by and he became the star of the murals. Whether the story is true or not, I want to believe it.

It’s not as fantastical as it may seem. In preparation for the murals, Rivera toured the Ford River Rouge plant in Dearborn with a photographer. I wish my family had these kind of stories. While writing this, I realized I didn’t know my great-grandfather’s name. I know he was a real person who had stories of success and struggle. They’re all lost now. That tabula rasa left me trying to imagine what his life was like in the factory, in Detroit during the Depression. He worked as a machine operator at River Rouge in 1932 when Rivera was there. I still fantasize about Rivera meeting my great-grandfather and that one of the hundreds of faces in the mural is his. The murals are the closest I have to a tribute to him, an insight into his life as I try to connect the dots from him to myself.

While many paintings in museums portray religious stories or portraits of notable and wealthy people, these were factory workers, and Rivera treats them like heroes. Elmore Leonard famously wrote, “There are cities that get by on their good looks…and there are cities like Detroit that have to work for a living.” Rivera captured this in the murals, and made work itself art. There aren’t even any cars in the murals; instead they focus on the process of making the product, the human side, the faces of the men in the plant that no one thinks about when they’re in their cars. But above all, Rivera was celebrating Detroit. No one celebrates Detroit.

The Detroit Institute of Arts has an incredible collection, and Van Gogh’s Bank of the Oise at Auvers has a role in the book, too. But on my last visit, the painting was on loan. While it’s a great work by my favorite artist, it’s not Detroit’s, not ours, just a painting that happened to be in Detroit, a painting of a river in France by a Dutchman who had no concept of cars. But Rivera’s murals aren’t going anywhere, and that’s what turns a great museum into a place uniquely Detroit. For eight months Rivera was holed up in the court to create frescoes on 27 panels. I love that that it happened in that room — in Detroit! — unlike the other art collected from around the world, made in studios by artists who had no idea of the journeys their art would take.

I always viewed the murals in terms of honoring the work of Detroit, but I came to appreciate the deeper layers over time. Rivera was showing, perhaps warning, of the power of the industries in Detroit. He painted the manufacturing of poison gas on one wall, and doctors vaccinating a child on the opposite wall. On one wall there are bomber planes, opposite passenger airplanes, an innovation for the time. He depicts the idea of duality, that good and bad exists in everyone and how it’s up to us to choose.

Originally I mentioned the murals only briefly in my novel, but as I studied online photos of the murals I came to love this idea that Rivera was portraying, and the murals grew into a dominant theme. Detroit has seen both sides of it, a place where great things were possible, a center of ingenuity similar to the way we look at Silicon Valley today, but it has since became synonymous with danger and destruction, to the point where the city considered selling off the artwork of the museum to escape its $20 billion bankruptcy.

The Detroit Institute of Arts, one of the finest museums in the world, stands in stark contrast to the city outside where streetlights aren’t turned on because of lack of funds, a building filled with priceless works of art in a city that is filled with empty skyscrapers. Rivera even inadvertently captured the downfall of Detroit industry, as the city was never able to innovate beyond automobiles, leaving it a single-industry town. As plants moved and workers were replaced by machines, the heroes in the murals were left behind as their way of life was upended, adding a dash of irony to Rivera’s monument to duality.

Scott Bolohan recently completed his debut novel, Detroit Tourism Bureau, about the rise and fall of a Detroit family told through the demolition of historic Tiger Stadium. He has a master’s degree in creative writing from the University of Oxford and a succulent named Robert Plant.

Scott Bolohan served as Critical Read's Literary Editor from 2017-202. He is the founder of the literary baseball publication The Twin Bill and contributes to McSweeney's. He is slightly embarrassed to admit Vincent van Gogh is his favorite artist. 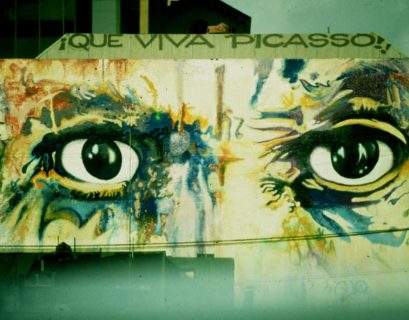 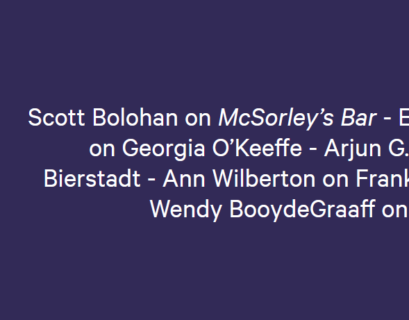