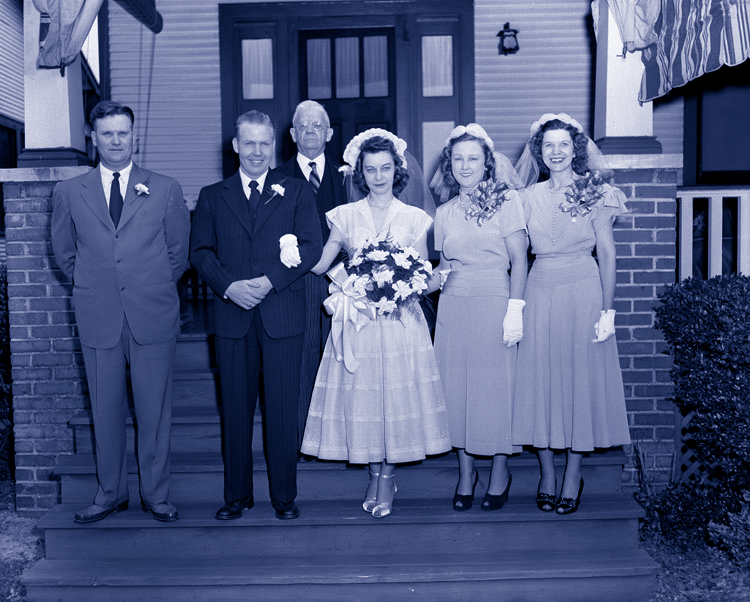 To Bobby, With Love

The last single person among her friends, a young woman recognizes herself in Stephen Sondheim’s ‘Company’.

I read the invitation to the bachelorette party and felt a mix of excitement and exasperation. These conflicting emotions had become familiar. I was in my late twenties and had spent the last eighteen months as a dateless guest at nearly a dozen weddings. As I stared at this latest invitation, my resistance grew. I didn’t want to go.

I let the invitation sit for a few days before declining. As soon as I hit “send,” I felt a combination of relief and guilt.

On the day of the bachelorette party I found a package waiting for me: the DVD of Stephen Sondheim’s and George Furth’s Company, recorded as part of PBS’s Great Performances series. In the musical Company, Bobby, the last single person among his married friends, contemplates marriage. It’s his 35th birthday, and while his friends wait to surprise him with a celebration, the audience spends most of the play in Bobby’s head, moving through his memories of his married friends. In this revival directed by John Doyle, the actors double as the orchestra, performing both Furth’s words and Sondheim’s songs throughout the musical.

That night, while my friends at the bachelorette party drank and danced and rushed to catch the last train home, I curled up on my couch and watched Company, almost crying as Bobby sits at the piano to perform the final song, “Being Alive.”

“Being Alive” was the first song from Company that I ever heard. I loved musical theater from the time my parents took me to see Beauty and the Beast when I was in elementary school. I was swept up in the magic of the production—the costumes and special effects, but also the story and the music. Since that first show, I’d been entranced by the tap dancing in 42nd Street, haunted by The Phantom of the Opera, and moved by Jekyll and Hyde. At some point I realized that for someone who prided herself on her musical theater background, I was unfamiliar with one of the genre’s biggest names: Sondheim. To further my own education, I began to listen to the Stephen Sondheim Pandora station. In 2015, it was my top station, and “Being Alive” was among the 12,100 songs I listened to on the station that year. It played regularly, and I instantly fell in love with the melody—a series of soft chords that gather strength as the song progresses. The lyrics, even out of context from the rest of the musical, moved me. Bobby sings:

Someone to hold you too close,

Someone to hurt you too deep…

Someone you have to let in…

Who’ll always be there,

As frightened as you

I immediately connected to the ambivalence, defensiveness, and desire in his words.

I wanted to learn where the song came from and discovered that Company is often credited with introducing the “concept musical,” a form focused on the exploration of an idea, rather than on a linear narrative. I learned that at the time he wrote it, Stephen Sondheim was single and referred to himself as a “much-invited guest.” I wanted to see the play, so I first borrowed a copy of Doyle’s revival from the library and then ordered my own.

It was funny, I thought, that I found this musical when I was in the same position: I had become the Bobby of my group of friends.

A few days before the wedding, I cancelled my hotel reservation.

Of course, my defiance had very little to do with this specific friend and her wedding, or even with marriage more generally. Instead, I saw this wedding as a representation of the way the world treats single people. For a year and a half, I gave up multiple weekends and spent hundreds of dollars on bridal showers, bachelorette parties, and wedding gifts to support the kind of lifestyle that society values most highly: one that includes partnership in the form of marriage. I may never marry—and I may be okay with that—but weddings make me feel uncertain. After so many, I grew tired of this feeling.

Recently I added a new fear: that I waited too long, prioritized incorrectly, and missed my chance at the kind of happiness that can come from marriage and commitment to the right person. Even Company, for all its focus on the single experience, eventually delivers the message—to paraphrase Sondheim—that marriage is hard, but being alone is impossible.

More and more, I can see what Sondheim meant, and I understand Bobby’s pain as he tries to reconcile his love of being on his own with his fear of being alone. For so long I didn’t mind being single. I preferred it, happy in my solitude and grateful for the chance to pursue my goals, to find my way without dragging anyone else along. Recently though, I looked out the window at work and saw two of my colleagues, a married couple, walking side-by-side to their offices and thought, that looks nice, to have someone to walk with.

In the song “Sorry-Grateful,” the men of Company sing of the flood of conflicting emotions in a marriage: “You’re always sorry,/You’re always grateful,/You’re always wondering what might have been.” If I were to sing my own number from my place as a wedding guest, it would be called “Happy-Jealous.” I felt truly happy for my friends who chose to get married. It was wonderful to see the joy and love in their lives on their wedding days—and to be included in that moment. And it’s even more wonderful now to see them happy in their marriages. But it’s difficult, too, as I wonder when—and more often, if—that same kind of joy might be mine.

On the day of the wedding, I carpooled to the ceremony with two of my friends, a married couple. At their wedding, just a few years earlier, my other friends—then still single—and I shared a hotel room and primped for the festivities together. I couldn’t help but imagine how different things would be tonight. I pictured my friends laughing and dancing as I watched from my chair at our table in the back corner. Even though, in the years since college, I earned my master’s degree and started a new job, I felt as though I had accomplished nothing important. As much as I wanted not to miss out, I also wanted to feel that my life, in its current form, was one with the potential to be fulfilling.

In his review of Doyle’s Company, New York Times theater critic Ben Brantley wrote, “Watching is what Bobby does.” For nearly twelve weddings, I’d stood in the crowd as a witness to my friends’ marriage vows. Watching, it seems, is what I did, too.

In Company, Bobby had good friends—and was a good friend to them—yet he was often separate from them. On stage, Doyle’s production shows this separation physically. While his friends carry instruments, Bobby often holds a drink instead. Bobby uses the set—clear boxes, the shelf surrounding a large column, or the Steinway piano—to stand apart from his friends. I, too, sometimes feel distant from mine. When we’re together, things feel the same as they always have. But as I replay our visit in my head, I imagine myself slowly floating away from them, standing apart on my own clear box. As one of the men sings in “Sorry-Grateful,” “everything’s different, nothing’s changed.”

In Company’s final scenes, the audience leaves Bobby’s head and returns to his apartment, where his friends wait to surprise him. But Bobby never shows up and couple by couple, his friends leave. Although sad and confused, they also seem to recognize this shift is an important one for Bobby.

The first time I watched Company, I felt underwhelmed, even disappointed, by this ending. I went to bed unsure of what had transpired over the previous two hours. Should I now, more than ever, believe in marriage? In the call to be single? The musical had provided very little guidance to help me reach a conclusion. Over the following days, I couldn’t shake Company. I wanted to analyze certain scenes. I longed to hear the melodies again, to memorize the lyrics. I bought, read, and annotated the musical’s book. I downloaded the soundtrack and played it on a loop. I watched my copy of the recording over and over, each time feeling an amalgamation of sadness and restlessness, and yet gratitude and hope.

In the end, Bobby becomes a different person. Once so guarded and frightened, he’s now open to the possibility of love and commitment, one of the stars of Doyle’s production explained in an interview. The ending is unsatisfying for its lack of closure, and yet satisfying for the same reason: how true to life that a change so huge can be so subtle, and not bring an immediate resolution.

Ultimately, it’s Doyle’s actors-as-musicians approach that delivers this message. As Bobby watches his friends play instruments, it becomes clear, as Brantley wrote in his review, that they “possess talents for connecting that Bobby lacks, fears, and longs for.” At the end of the musical, when Bobby performs “Being Alive,” Brantley—among others—noted that, finally, Bobby stops watching and actually plays.

The first time I watched Company I was intrigued by this approach and impressed by the performers’ talent and versatility. But until I read numerous reviews in which critics pointed it out, I missed the metaphor.

On our way to the wedding, my married friends sat together in the front seat, and I sat in the back, on the passenger side. As we merged onto the highway, my friend fiddled with the CD player and “Come and Get Your Love” blared through the speakers. She started to sing, jumbling some of the lyrics and skipping the verses she didn’t know.

“I don’t even know the words,” she admitted, sounding embarrassed. “I just like this song.”

“That’s okay,” her husband replied. “That’s what music is all about—the feeling that you get.”

I smiled and let the understanding moment between them pass without comment.

About the Author / Erica M. Dolson

Erica M. Dolson lives in Pennsylvania and teaches in the English department at Elizabethtown College. She earned an MFA in creative writing (nonfiction) from George Mason University in Fairfax, Virginia. Her nonfiction has appeared in Culinate (now defunct), Full Stop, and The Chaos. She is currently at work on a book that combines memoir and narrative journalism to explore Down syndrome and its effects on a family’s life.